Nothing stops the crazy tramway of o28! The short film won the « Best Animation Award » at the HollyShorts Film Festival, making the film eligible for an Oscar nomination 2021!

« It fell a little bit from the sky, and we were really very very happy, I think that in our environment you can hardly dream better, it’s a little bit the ultimate goal. Especially for young artists like us, we are as happy as we are surprised!  » – Otalia Caussé, co-director of the film for France Bleu Nord

O28 humorously recounts the misadventures of a German tourist couple on holiday in Lisbon. The subject of the film was proposed by Otalie Caussé during her fourth year of studies at RUBIKA Animation. « Each student makes a proposal for a film subject and the teaching team selects 7 to 8 of them to be worked on in the fifth year. A team is formed around the selected projects, future diploma projects During their final year of study, the students work like professionals from both a technical and a distribution point of view. « This is one of the great fundamentals of the school in 5th year, as if they were already working in a studio ». 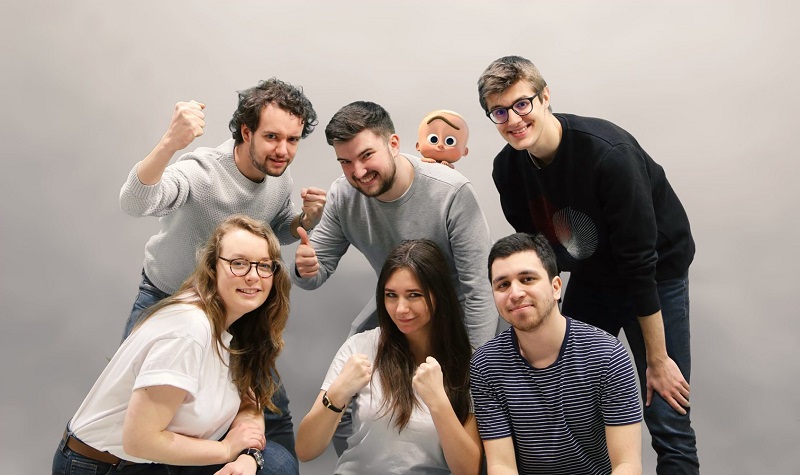 Thanks to its prize at the HollyShorts Film Festival, the school’s film will go on to be selected for the selection of films in competition for the Oscars 2021 in the short film category. 10 will be selected. While waiting for a possible nomination, it is already a consecration for the team which counts more than 50 awards.

« It’s a prize in a big American festival which is quite popular at the moment, so it already gives us visibility, and on top of that the fact of being on the Oscar platform will allow a lot of artists who vote to watch our film, so it gives us a lot of visibility and it also opens a small door to the rest of the world.  » — Otalia Caussé, co-director of the film for France Bleu Nord

Fingers crossed for what comes next! 🤞